Posted at 17:29h in Uncategorised by mca-admin 0 Comments
0 Likes
Share

Facebook has capitalised on the dramatic increase of mobile app usage, bringing a new video viewing experience for the smaller interface. Part of the appeal of Facebook video is that as a user scrolls down their news feed, the content automatically plays. Business Insider highlights that this means ‘users are drawn to the content, rather than having to press play.’ Furthermore, as demonstrated by the chart below, Facebook videos drive more engagement than YouTube videos.

Steven Rosenbaum mentions in Forbes that the heightened level of interaction on Facebook can be partly attributed to the community aspect of the channel. The brand’s user-base is grounded upon the strict requirement of users having a ‘real identity,’ which prohibits the amount of unpleasant discussions emerging on the content posted on the site. Discussions on Facebook videos are mostly with friends, rather than strangers. Whereas, YouTube has historically had problems managing the negative commentary received from trolls, which tend to have anonymous identities.

Brands also benefit from Facebook’s updated comment plugin. The channel now enables an integration of comments between the posts on a brand’s site and Facebook page. ‘The value here is we can unify the conversation in multiple places,’ said Simon Cross, a product manager on Facebook’s platform team told Marketingland. ‘We think that’s going to increase engagement on your website because there will be more comments there.’

Brands are now uploading their adverts directly onto Facebook, and using this platform for their initial screening. For example, John Lewis uploaded its Christmas ad directly to Facebook for the first time this year. Social media marketing company, Unruly, found that 24 hours after John Lewis’ video launched, 40% of its views were on Facebook, whereas last year the views all went to YouTube. The Facebook video also dominated in terms of shareability. In the first day after launch, the Facebook video attracted 76.9% of the social media shares versus 23.1% for YouTube. 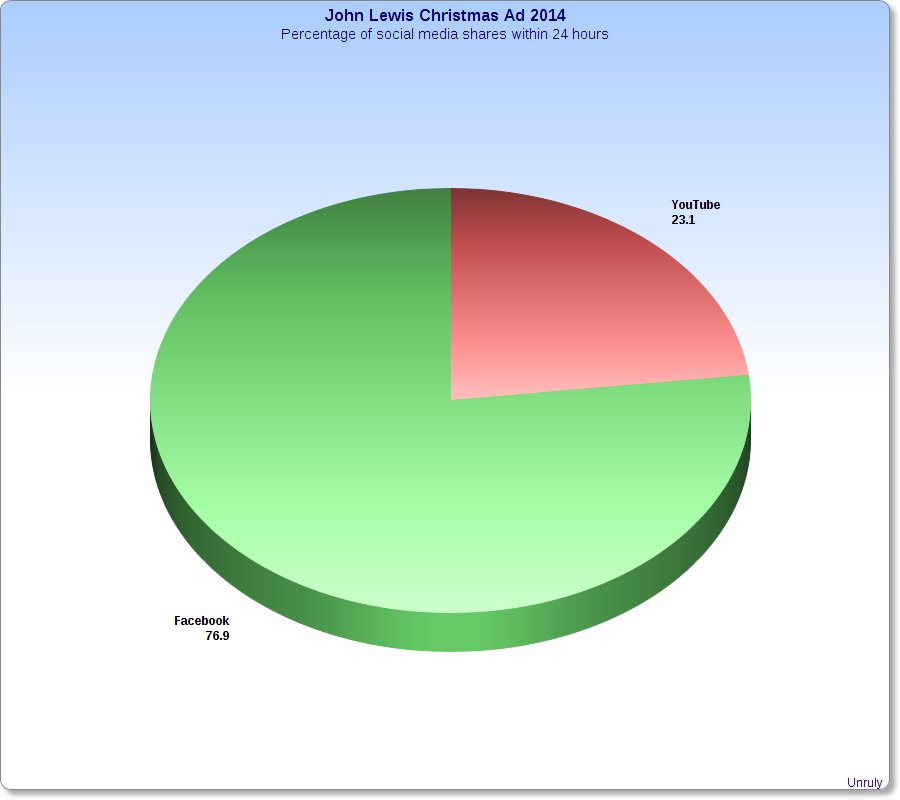 More and more marketers are choosing to stream their content on Facebook at an exponential rate. As Steven Rosenbaum rounds up: ‘Facebook is determined to be a big player in the video space. Big and focused on where YouTube and Network TV are most vulnerable.’