Tolga Kaya: How MCA Is Transforming Production in Turkey

03 Aug Tolga Kaya: How MCA Is Transforming Production in Turkey

MCA’s managing partner for Turkey tells LBB why production, creative, and media are more closely entwined than ever – and why that makes trust so crucial to success 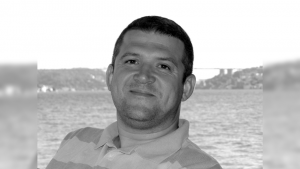 If there’s one thing on which most observers can agree, it’s that the nature of our industry is changing. Old models are falling by the wayside, as leaner budgets attempt to cater to greater demands.

As one of the planet’s foremost experts on production investment, Murphy Cobb Associates has developed a vision for success within this changing landscape. And, in many ways, the blueprint for that vision can be traced back to Turkey, where MCA’s managing partner Tolga Kaya has been quietly transforming the way the region produces content – and the effect that has on brands’ bottom lines, too.

To find out more about how he established production consultancy as a concept within the region, LBB caught up with Tolga…

LBB> Hello, Tolga. MCA is the only global production consultancy with an office in Istanbul. So, first things first – how did that come to happen?

Tolga> The original idea came from one of my friends. He’d been enjoying working in the production consultancy space, and that inspired me to find out more about the business. So I learned about MCA, and, eventually, met Pat [Murphy, co-founder of MCA] for a fascinating conversation. Straight away, we both knew there was a fantastic opportunity to work together. As a result, it was just a few hours after meeting that we’d decided to bring MCA to Turkey.

Although we were both confident, we also knew it was a huge and ambitious decision. At the time, ‘production consultancy’ didn’t really exist in Turkey – and where it did it was merely in the sense of ‘cost control’ and nothing more. But, of course, what we were able to offer was so much more.

So we sparked something new here in Turkey, and that was the most exciting part of it for me. It also meant, however, that we had to spend a lot of time getting across what production consultancy actually is to our clients. But, thanks to some brilliant work from Pat, we made it happen and changed the fabric of the Turkish industry in the process.

LBB> Given that you were also new to production consultancy at the time, were you also learning about the business yourself throughout that process?!

Tolga> I suppose I was! Like everyone else in Turkey, I wasn’t an expert in production consultancy. But because we coined the phrase ‘production consultancy’ in this market, we have also found ourselves setting the rules about what it means. That’s obviously a great place to be, and it allows us to listen directly to clients and build their needs into our model.

The truth is that production consultancy itself has evolved a lot over the years. A long time ago it probably was associated chiefly with cost control, but today we are helping clients build out workflows and systems across all areas of their business – with the aim of creating best-in-class production at the end of it. That’s one big advantage of being part of the MCA network, in that we can tap into this worldwide network which can also elevate clients on a local level. Beyond our work in Turkey, MCA has deep expertise and presence in sixty-six countries across six continents. It’s a fundamentally global network which works to Turkey’s benefit.

But it’s also important to note just how well-established production consultancy is in Turkey today compared to when we started our work here. Many of the models we’ve constructed for our clients have been adopted by parts of that MCA network all over the planet. So Turkey has gone from a country that was totally unfamiliar with production consultancy, to a place which is today is setting the pace for the rest of the world. That’s a fantastic feeling.

LBB> I understand that you spent a large part of your career client-side – has that experience helped you in figuring out precisely what your clients are looking for today?

Tolga> It’s always an advantage to be able to draw on that experience, yes. However, so many of the people within MCA have experience from all sides of the fence: client, agency, and of course production. Ultimately, it’s that breadth and depth of experience which makes you a great consultancy.

Personally, much of my career before joining MCA was spent within the retail, FMCG, and media spaces. Many of the senior consultants that I now work with day-to-day have a lot of experience in the production sector, and a big part of my job is ensuring that these consultants have the time to be consultants.

LBB> What do you mean when you say you give ‘consultants having more time to be consultants’?

Tolga> There’s a little bit of a debate going on within MCA about what title we should be giving to our consultants. You hear terms like ‘production architects’, ‘production investment managers’, or ‘production strategists’. This is because the nature of our work is fundamentally changing in order to best help our clients, so many of whom are working to get the best possible value out of shrinking budgets. Our objective, then, is to design the right job which fits around those budgets.

So that’s what I mean when I refer to giving our consultants time to be consultants. Being a consultant means knowing that there isn’t a single, cookie-cutter approach which will always get the best results. Success depends on expertise, and our role at MCA is to create the best conditions in which that expertise can flourish.

And, of course, that expertise is so deeply-rooted because of our incredible team. I prefer working alongside the best people in their fields, which is another great benefit of working with MCA. I’m so lucky and thankful to have such great people by my side.

LBB> Given that the nature of production consultancy is evolving so much, when do you guys find that you’re being asked to get involved with projects? Is it early in the pipeline?

Tolga> Yes, we’re now finding ourselves involved very early on in the process. As we build up our relationships with more clients and strengthen trust, we find more and more touchpoints at which our expertise can be valuable to them. At times, we even become a creative consultancy as we work to generate ideas which fit within a production budget or timescale.

During our time so far in Turkey, we’ve been part of a number of projects to scoop up creative awards. Seeing our teams recognised for their work at the Effies, Cannes Lions, and so many more, is a source of immense pride for me – and motivation to keep pushing forward.

LBB> Can I ask how you’ve adapted your cost model, given how much more deeply you work with clients?

Tolga> We have a standard fee model, and that can be adapted depending on a client’s needs or preferences. But in simple terms, you definitely get what you pay for. Would you rather be working with freelancers, or internal producers who can’t tap into this incredible network of intelligence that MCA has around the globe? And, as we’ve alluded to already, it’s not just production consultancy that you get in return for your money. It’s client servicing, and the ability to create systems which totally redefine the way a business operates. Our clients including Finsh, Bosch, Siemens, Honda, Nutella, and more would each testify to that.

And, importantly, we’re the only global consultancy company in our space with a dedicated office in Istanbul – which has been open since 2016.

LBB> And, from MCA’s perspective, why is that? What are the greatest advantages of working in Turkey?

Tolga> I always describe Turkey as a treasure, because that’s exactly what it is. First and foremost it’s one of the most beautiful countries in the world with an unbelievable portfolio of amazing locations. And geographically, we also have excellent connections to Asia, the Middle East, and Europe equally. As a result, we have a unique culture which blends East and West – and you find that diversity reflected in the talent we have access to locally.

But secondly, and perhaps most importantly, is its winning combination of incredible production expertise and talent, mixed in with prices that are some of the most competitive in the world – certainly within Europe. You can see that reflected in the fact that Turkey is the world’s second biggest exporter of TV series, after the US. As a result, there is crew and equipment infrastructure within the country which is capable of rising to any production challenge.

A production created in the UK, for example, will generally cost about half as much to shoot in Turkey. The exchange rate between the US dollar/Euro/GBP and the Turkish lira is currently extremely favourable, meaning that you’re getting one of the planet’s truly elite filming locations at a fraction of the price you would likely have to pay elsewhere.

LBB> On a final note, one recurring theme from the conversations we’ve had with people from across the MCA network is this idea of your business being built on trust. What makes trust so necessary to the work that you guys do?

Tolga> There are three answers to that question. Firstly, trust is what enables us to become more integrated with our existing clients – such as Reckitt for example – to the point that we’re helping them build entirely new workflows which change the way their businesses operate on a fundamental level.

Secondly, it means that a client who is not deeply embedded in the Turkish market can trust us to navigate it in a way which is best for them. So trust is also essential for us when it comes to bringing new clients into our marketplace.

And, finally, it’s important internally as well. Everyone here is respectful, transparent, and enjoys relationships with colleagues built on trust. Pat often likes to talk about one of our employees in New York, Terry Rust. She’s been really important for the company over a number of years now, and part of the reason why can be found within her name – T. Rust!

Check out the original article on LBB!